When talking about action cams, it is impossible not to mention the GoPro, the first action cam on the market and undisputed leader in this category. I often come across people who claim to have bought a GoPro when they’ve actually purchased a simple action cam.

The GoPro plays a pivotal role in two main sectors: travel and sport.

So, we all know that many people own a GoPro, but how many of them can actually use it to its full potential? How many can set it up properly and benefit from all the functions it offers? I guess not that many.

Don’t get me wrong, by writing this post I do not want to sound like a GoPro expert because, I myself, still have a lot to learn about how to use this amazing video-camera. Having said that, I’d like to give you a few useful tips I’ve learnt on how to use your GoPro when travelling. My suggestions may also be interesting for people who actually own a similar action-camera, even though of a different brand.

In this post, I want to purely focus on how to make videos. If you’d like more information on how to use your GoPro for taking photos, I will translate soon this article from my italian blog version: “Taking photos with a GoPro: timelapse, burst and continuous mode”.

What GoPro should I buy for travelling?

Travelling requires much less looking at the rear display compared to shooting action sports. However, in order to check if you got the perfect framing for the photos and videos you’ll then edit, a GoPro with an LCD screen (a GoPro 4 or 5) becomes essential. A black or silver GoPro? It doesn’t matter. Go for the colour you like the most as the action cam is perfectly identical for this terms of features.

If you just want to buy an action camera to take simple photos and videos when travelling, I’d recommend buying the GoPro 4. If, on the contrary, you are looking at something a bit more professional for elaborated video editing, consider buying the GoPro 5 which comes with an integrated video stabilization mode.

Obviously, as the two GoPros come at a different price, your choice ultimately depends on your budget. I guess that if you’re thinking about buying a GoPro, then you already know you’ll have to spend quite a bit of money.

Why should I use a GoPro when travelling?

One of the most important features of this video-camera is being very tiny. With only a few centimeters in length and height, you’ll be holding a small piece of technology able to take spectacular photos and videos where any other device would not. What’s more, the GoPro is not cumbersome at all and therefore, it is very handy and easy to be carried around.

With its integrated external case which protects it from sand and water, the GoPro is the perfect camera to take with you to the beach, the sea, the swimming-pool as well as on the ski slopes. And, let me tell you, with its great handle floaty backdoor, the GoPro becomes the ideal companion to snap some photos whilst doing snorkeling.

As you can notice, the GoPro has an incredible number of accessories which can be used in many different situations, above all when practicing a sport activity rather than simply travelling.

For both photos and videos, the GoPro has a 170° wide angle lens that enables you to take amazing panoramic shots and breathtaking selfies with gorgeous landscapes behind your shoulders when mounted on a selfie stick.

Last but not least, the WiFi connection offers the possibility of remotely controlling the camera as well as download the photos and videos you’ve taken directly on your smartphone. You can then immediately share the snap you like the most on the social networks or send it to a friend.

Video with GoPro: how to do it and to set the camera

I personally use my GoPro to take videos which I then edit with Adobe Premiere. I personally aim at making short quality emotional videos containing the best memories of my travels, rather than video blogs or excessively long videos which bore people easily.

If you are looking for a professional stabilizer to shoot even better videos, I’d then recommend buying the Feiyu FY-G4 Ultra 3-Axis or the Neewer® G4 QD 3-Axes with Handheld extrension.

If you want more information on how to stabilize your GoPro or any other action cam with a 3-Axis Gimbal, I’ll give you them soon on this blog.

When taking a video there are some basic concepts you should know about:

Video resolution and frame rates on the GoPro

The higher the resolution, the higher the dimension of the format and file that gets recorded on the memory card. For this reason, you must figure out what you will most likely shoot and the use you intend to make of your video-camera. If you want to record your videos in 4k, for example, you should purchase a memory card with a bigger capacity and transfer speed.

As for what regards my personal memory card, I use a  Micro SDXC Lexar (128GB) with a transfer speed up to 95 MB/s. At the beginning I was using a 32 GB Sandisk Extreme but I soon realized that it wasn’t enough for the huge quantity of datas I was recording on my GoPro.

When talking about image resolution, it is impossible not to mention the frame rate, meaning, the frequency at which the image frames are displayed in an animated display.

You might have heard people asking you “at how many FPS do you record your videos?” more than once.

FPS is the acronym for “Frame per Second” that is basically the frequency, or rate at which your camera will shoot a series of consecutive images (frames) which are displayed in your video.

Obviously talking about fps might get a bit too technical eventually. So before it gets too complicated, just remember:

As a consequence, before recording your video, check the brightness of what you’re going to film and the environment surrounding you, if the scene is bright enough, then opt for the high frame rate. If, on the contrary, you’re in poor lighting conditions, I’d recommend recording with low frame rates.

Now that you’ve understood the concepts of FPS and high/low frame rate, let’s try to talk about image resolution and frames.

It is not possible to record with the same FPS for all the resolutions. For example, with 4K on the GoPro Silver you can get up to 15 FPS, 1080 up to 24/30/48/60 FPS and 720 up to 120 FPS. You can easily get why recording in 4K with this amount of FPS is pretty much useless, unless you then what to get a photo out of the video you made.

Be careful when choosing what resolution and FPS to use -> This is because you need to set a minimum resolution: indeed, if you decide to record a few minutes in slow motion at 720 and 120FPS, and then switch to 1080 at 60FPS, you’ll later have some problems when editing your video. This is because the image at 720 is smaller than 1080, so you’d have to zoom in the video at 720, inevitably loosing image quality.

Apart from being a very versatile action-cam, the GoPro has detached itself from other similar products because it offers the possibility of setting it up on a Wide FOV. This view is perfect when you want to shoot with a larger field of view and the fisheye effect surely enhances the image quality.

The narrow and medium FOV (measuring 90 and 120 degrees respectively), “zoom-in” your photos and videos, but in both of these settings, there is no lens distortion and no loss of image quality.

The choice of the FOV depends all on the type of video you’re shooting. In this video you can better appreciate the difference I’ve just tried to explain to you using words.

This low light setting can be used only when recording at 30 fps or more. This mode can be easily turned on or off from the GoPro menu, where you can also set at what resolution and fps to shoot. The GoPro Low Light Footage is perfect when you are in poor light conditions: indeed, it maintains an ideal brightness in the images you record by working on the fps. That’s why it must be used at over 30 fps. Some of the best moments where to benefit from the Low Light Footage offered by the GoPro are at night or in close and dark environments.

Have a look at this video to better understand how the Low Light Footage works and when it is best to use it.

The spot meter on the GoPro basically works to find the automatic exposure of the image. If the spot meter is turned off, the GoPro calculate the exposure in function of the brightness of the entire scene hitting the sensors of the camera. On the contrary, with the spot meter turned on, the GoPro makes use of a very small area in the centre of the frame to get the right exposure.

The Protune on GoPro

Anybody, when handling a GoPro for the first time, has probably asked themselves: what is Protune on GoPro? How does it work and when to use it? Well, these are just some of the questions I asked myself when I bought my GoPro, but after a few days of usage, I can definitely say it wasn’t hard to get the idea across. The Protune is basically the “raw” of a photo, a set of features that enhance the quality of the footage (both video quality an colour) taken with your GoPro.

When you turn the Protune on, the GoPro produces larger files than what you’d record on normal settings and they take up much space on your SD card.

If you turn on the Protune Flat, you’ll get more details in both shadows and highlights of the images recorded. Not only will the images and videos look better, but they will also be easier to edit, as you’ll be able to balance out darker and brighter areas without affecting the image colours.

If you wish to understand better how Protune works, have a look at this video — the guy who recorded it explains clearly its multiple usages so you can make the best out of your GoPro.

Careful: when using the Protune, the files recorded are much larger than what is shot with normal settings. One of the major downside of the protune is the fact that it takes up a lot of juice — therefore the battery of your camera won’t last long.

Which GoPro accessories to use when travelling?

To be perfectly honest, I believe expensive kits including 500 different tools for your GoPro to be excessive for travelling. Indeed, you’ll never find yourself using all those tools and you’ll probably never use each one of them to its full potential.

The GoPro is an extremely customizable camera, you can also buy polarize filters to reduce glare and improve colour saturation. As for what concerns taking photos or filming with a GoPro whilst doing a sport activity, I do believe the many different accessories to be fundamental in this context. But when I’m travelling, I always try to do so as light as possible, so I tend to bring what I’m sure I’ll use.

All the accessories mentioned below can be bought on Amazon. 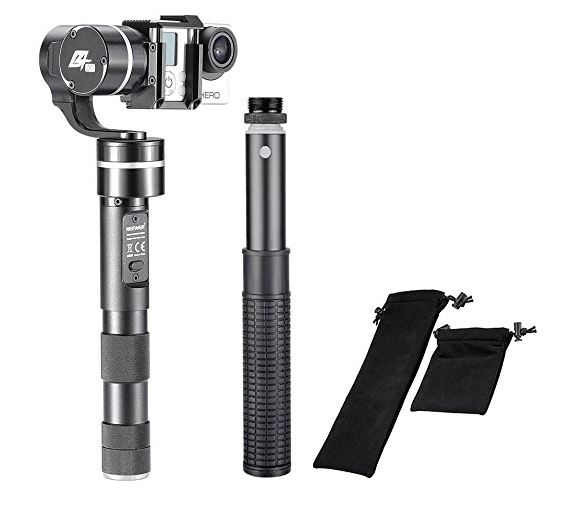 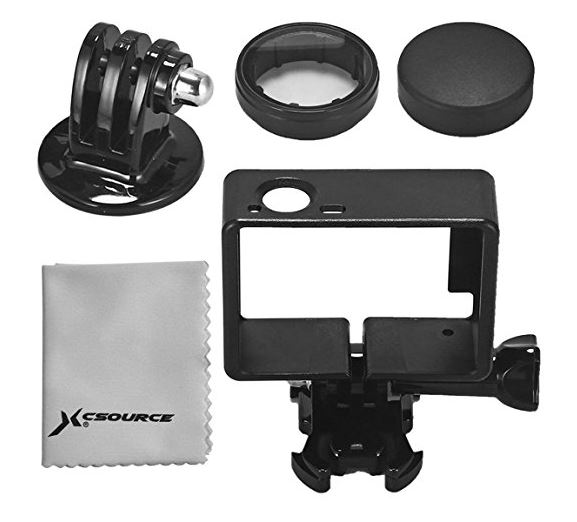 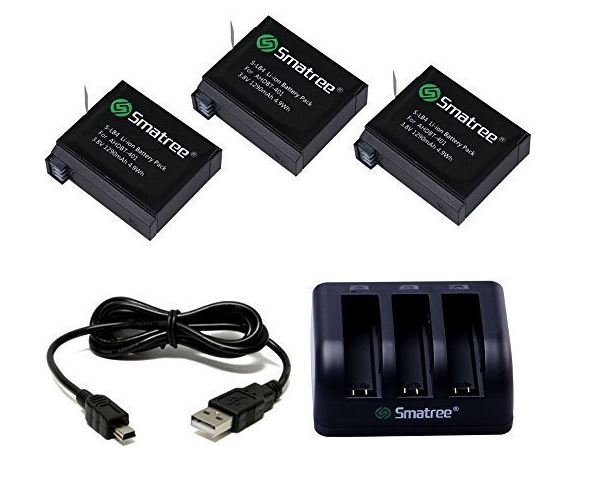 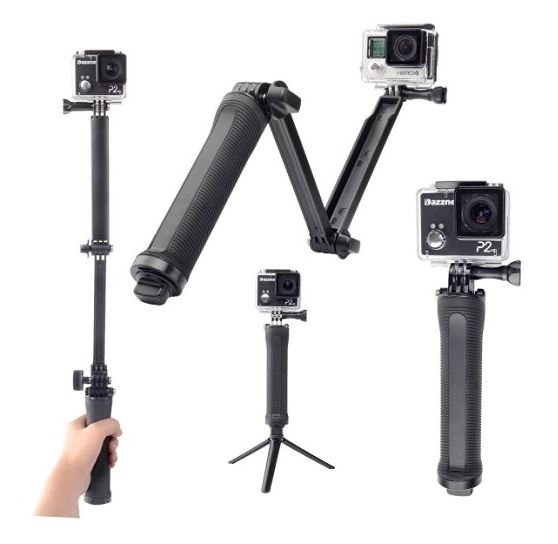 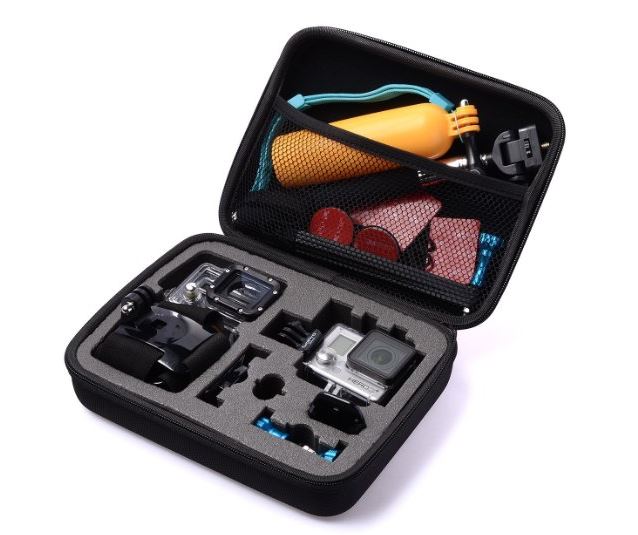 Todra Gorges: among the rocky walls of the Atlas Mountains

Brescia, Italy, what to see in my city!

Grottoes of Catullus in Sirmione on Lake Garda