Home SPAIN Visiting the Mezquita of Cordoba: a Magical Cathedral

I had the chance to visit the Mezquita of Cordoba and the beautiful Cordoba during a trip in Andalusia a few years ago. I remember a city that amazed me because, although it is less known than nearby Seville, it has a breathtaking charm.

Small, modest and very pleasant to live in. A little less in summer because of the temperatures in July and August. The Mezquita of Cordoba has been quite a discovery. A monument inside a monument. A cathedral that over the centuries has been changing and transforming more and more.

The best things to do in Cordoba and 10 curiosities about the city.

Some facts about Cordoba

Cordoba, in Spain, is one of the most important cities in Andalusia, famous all over the world for its Arab style architecture that fascinate and captivate thousands of visitors all year round. The history of Corboda is strongly tied to the Arab world. In fact it was the capital of the Emirate of al-Andalus until the third decade of the 11th century. The Arab domination has left countless testimonies of its passage such as the Mezquita, the Medina of Azahara and the Torre de la Calahorra.

Cordoba is a lively and cosmopolitan city. It’s full of history and charm to be absolutely included in your list of trips around the world.

If you are going to visit Cordoba in Spain and you are fascinated by the architecture dating back to the Moorish domination, do not miss a trip to the Alhambra in Granada.

I strongly recommend you to buy tickets for the Alhambra & Generalife online.

Exploring the Mosque: the guided tours

Before explaining everything about the Mosque, I would like to suggest a few tours to consider. This will help you to better understand the architecture of this fantastic place in Cordoba. I had the pleasure of visiting the Mosque with a guide. I must admit that it is necessary to have a professional explain to you how this complex structure was built.

The charm and magic of the Mezquita of Cordoba

Lots of travelers claim that the city of Cordoba is worth a visit, if just to appreciate the magnificence and unique style of the Great Mosque, better known as the Mezquita Cordoba or Cordoba Cathedral.

The Mosque of Cordoba is a unique building, different from all other Arab structures in Spain.

UNESCO has included the Mosque of Cordoba and the historic centre of the city in the list of UNESCO World Heritage Sites. A very important award that underlines the uniqueness of the architecture of the Andalusian city. The Mezquita, later transformed into the Cathedral of the Assumption of Virgin Mary in Cordoba, has become the symbol of the city. 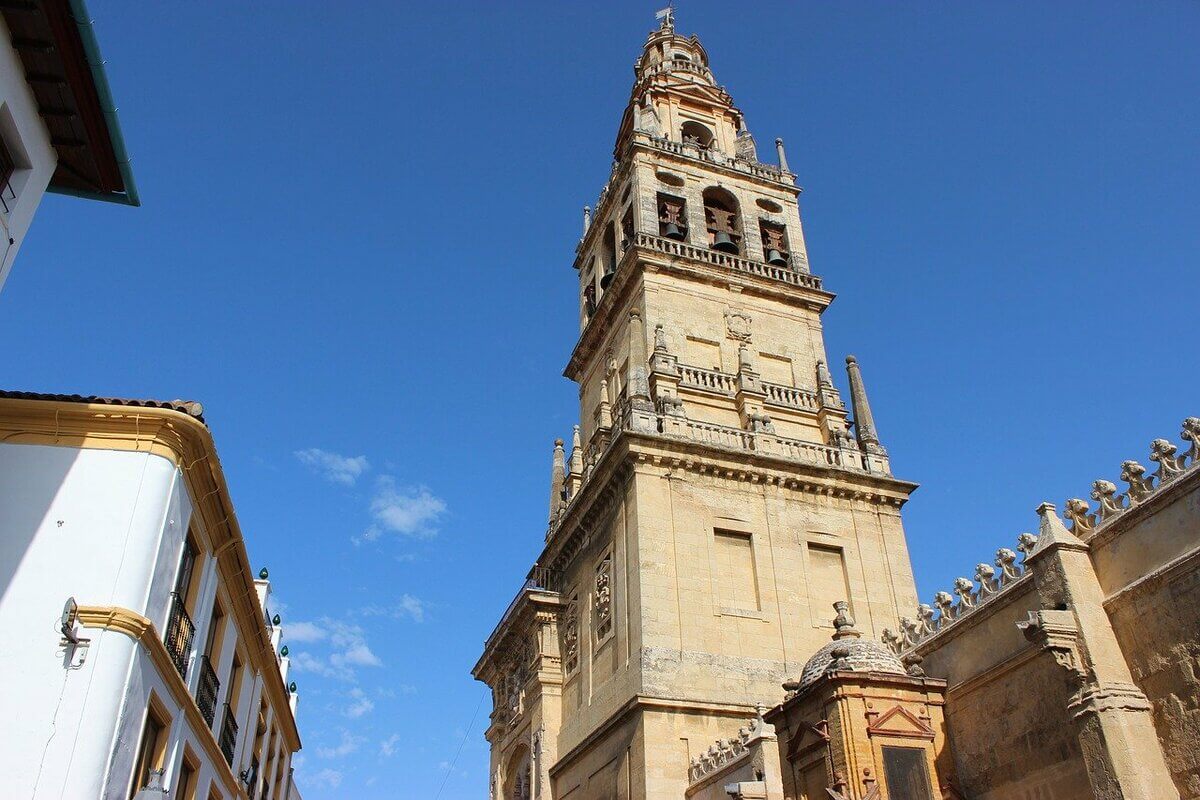 History and architecture of the Mosque of Cordoba

The Mezquita Cordoba was built by Caliph Abderraman I in the years 785-787 on the remains of an ancient Visigoth basilica. In the following centuries other caliphs contributed to the expansion and construction of the Great Mosque.

The mosque, thanks to its successive expansions, included 1293 columns that created depth and scenic effects of exceptional splendour. In 1236, after the conquest of Cordoba, by Ferdinand III of Castile, the Mezquita was reconverted into a cathedral.

It represents a unique example of fusion between Islamic and Christian art. The history of the mosque is closely linked to Christian domination. A part of the original building was demolished to expand the cathedral and build a opulent and rich Catholic structure. 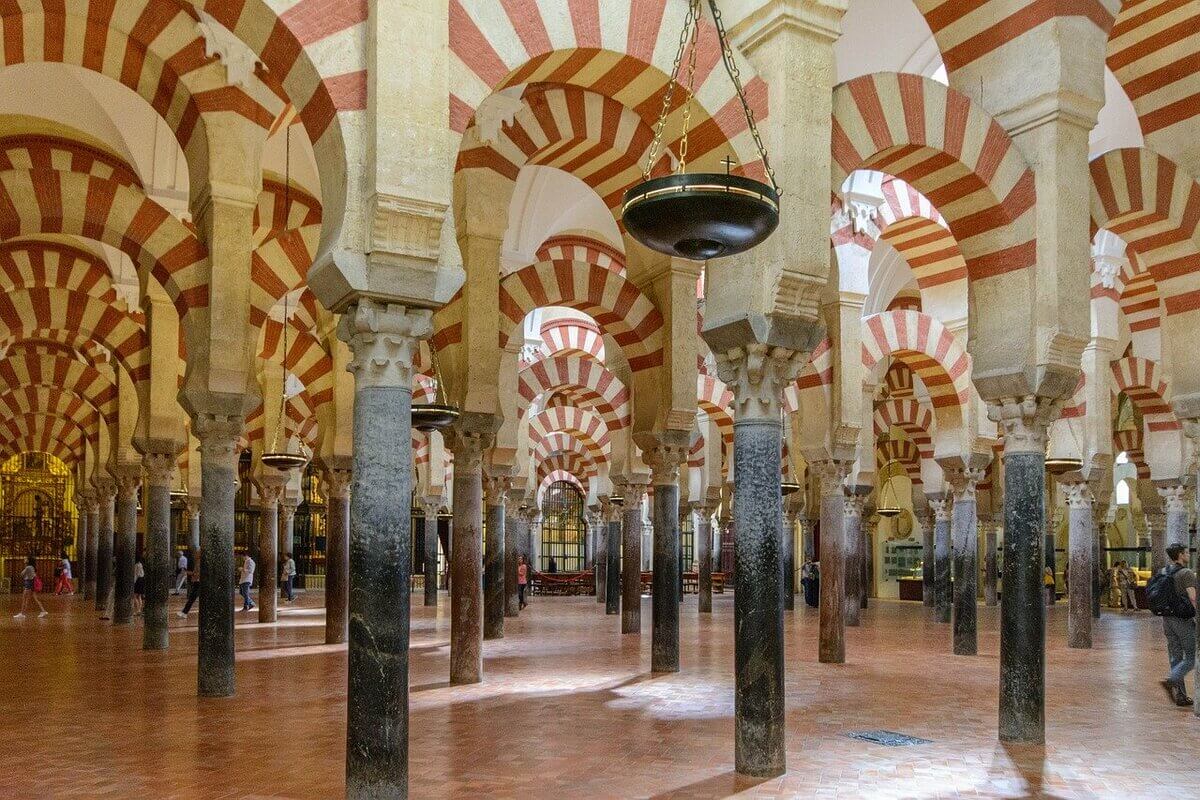 The interior of the Cathedral well reflects the Islamic and Christian dominations, in fact it is a mix of Gothic, Arabic, Baroque and Rococo style.

The Arabic style layout of columns and arches is still clearly visible inside the mosque of Cordoba. In fact, the visit winds through 856 imposing columns.

The marble and granite columns form a series of arches and vaults of great scenic impact.

Also inside the Mezquita you can admire the majestic mihrab with the Koran and the qibla, the wall oriented towards Mecca. Among the elements that are characteristic of the Christian part of the Cathedral, it is worth mentioning the presence of several finely frescoed perimeter chapels and the Royal Chapel. The chapels house several Renaissance-style paintings, marble and stone altars, wooden crucifixes and sculptures depicting Nuestra Senora de la Concepcion. 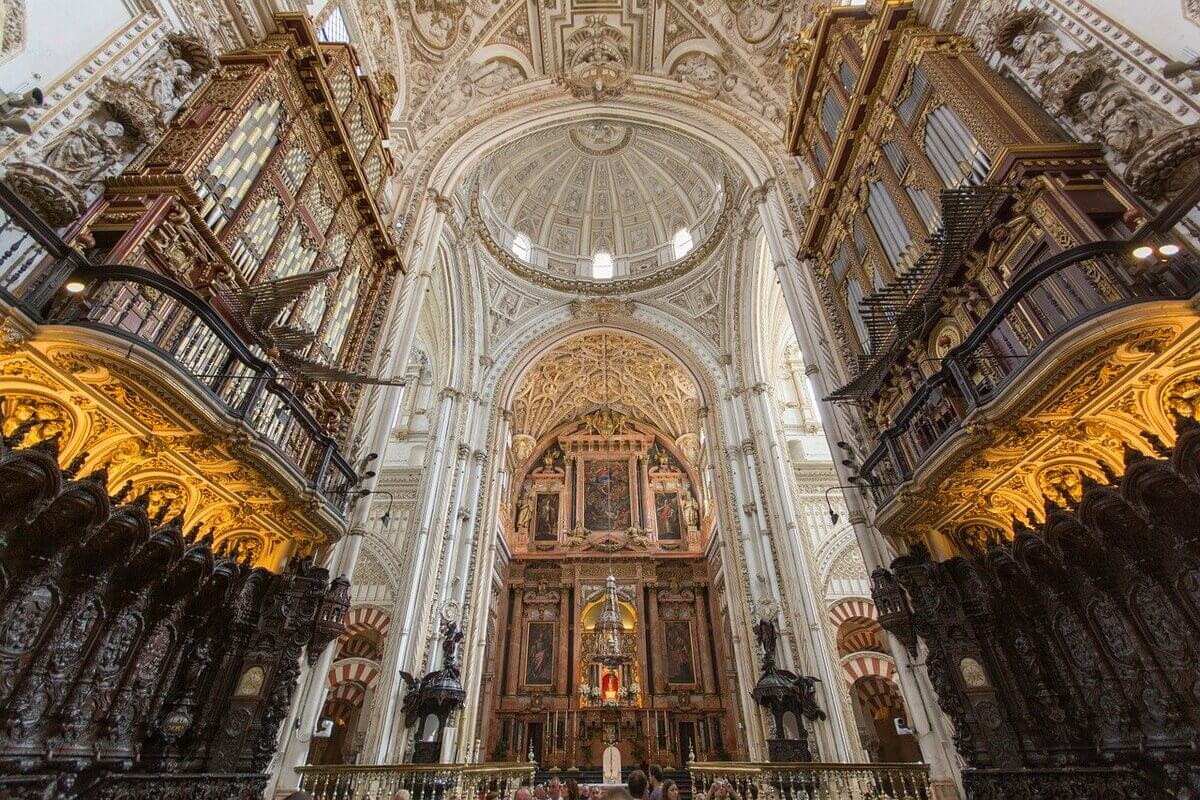 When to visit the Cordoba Mosque

Given the relevance of the Mezquita of Cordoba, over the years it has become a very popular site and many prefer to visit it off the usual hours. It is also interesting to visit the Cordoba Mosque at sunset to appreciate its beauty and timeless charm.

The visits at sunset are characterised by paths and light games, which highlight the beauty of the arches and its decorations, capturing and bewitching the tourist who can appreciate every architectural and artistic detail.

For more information on opening hours, I suggest you to visit the updated site of the mosque. The price of a single visit without the tour costs 10 € for the daily visit and 18 € for the evening visit. For further discounts on groups/children I suggest you to check its website. For tours with guided tour, go up a few lines above and you will find the tours you can buy.

The music of the Mezquita of Cordoba

Although the Mezquita Cordoba is best known for its unique architecture, not everyone knows that the Cathedral is considered one of the most important centers of religious music in Andalusia.

The music inside the Cathedral was introduced with the transformation into a Catholic place of worship in 126, when the Te Deum was sung for the first time.

In previous centuries, the Chapel of Music was established to establish and organize the musical accompaniment during liturgical services. Gregorian chants continue to echo within the walls of the Cathedral, thanks to the creation in 2015 of the Cordoba Cathedral Orchestra and Choir, which accompanies and delights the main liturgical functions and also performs during important Spanish music festivals.

Mosque of Cordoba: things to do around the area

After visiting the Cathedral of Córdoba, it might be interesting to try a relaxing Hammam (CLICK HERE to see the prices and book it) located a few meters from the Mezquita.

As you know, and as you will also discover through the guided tour (which is why I recommended you buy it) the Arabs have been very present in Andalusia. Trying a hammam is just what you need after a jump into Cordoba’s history.

When I learned about the mosque in Cordoba, I found out that some fundraisers are organized to help people in developing countries and disadvantaged Spaniards.
The proceeds of the tickets for the Mezquita are used to finance some humanitarian and artistic projects. For example creation of educational workshops for children in need in the poorest neighborhoods of Spain, support for other religious works and conservation and maintenance of the artistic heritage of the churches of the diocese of Cordoba.

Cordoba in Spain: Best Things to do and Must-See Attractions

Visiting the Mezquita of Cordoba: a Magical Cathedral

Where to Stay in Seville? Best Places and Area!