Home FINLAND Suomenlinna: Fortress on the Island Near Helsinki

When we look at the world map, specifically Europe, we don’t really pay attention but…the waters of Helsinki are dotted with islands. There is even talk of more than 300, from the largest to the smallest. Among all of them there is one particularly well-known one that has had a very important past in the history of Helsinki, this is the island of Suomenlinna.

The island of Suomenlinna

This island in Helisnki can be reached in just over 15 minutes by ferry from the pier beside the Kuappatori market. Before reaching the fortress you pass by several other islands, some inhabited and some not. Suomenlinna is inhabited by about 800 people. They live in the old fortifications that have been converted into housing. 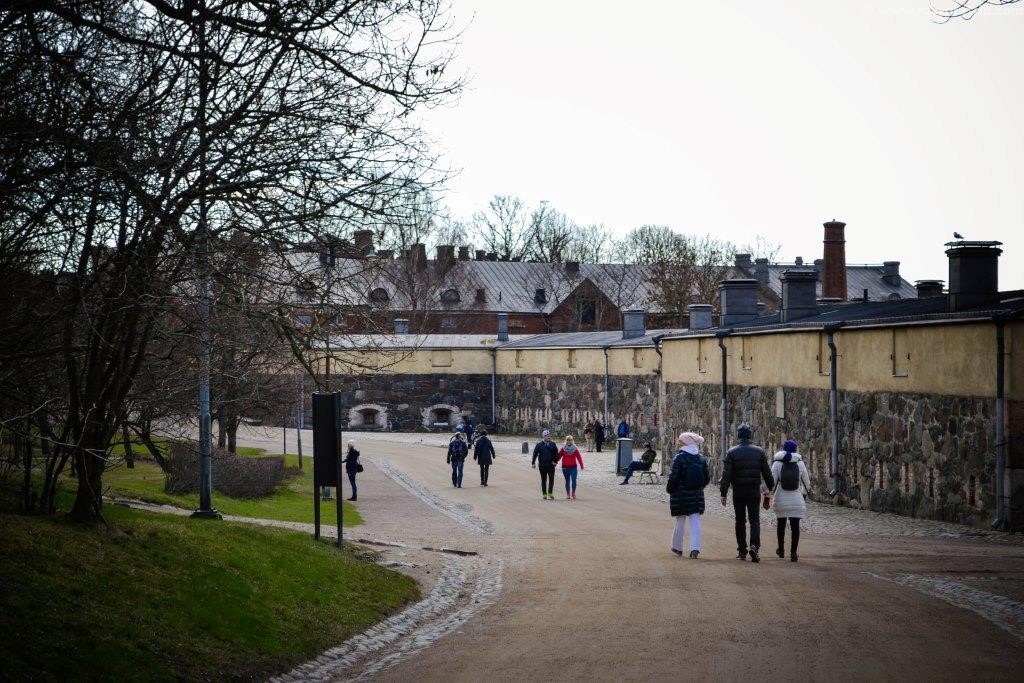 You should know that being a resident of Suomenlinna is considered a privilege. This struck me as rather strange. The fact that it is an old fortress with cannons in plain sight certainly does not reflect my ideal place to live. Perhaps I got this impression because I visited it at an unfavorable time, there was no more snow and the plants had not yet bloomed. Everything was a bit bare.

Suomenlinna in the middle of winter and in the middle of summer changes completely. It is a beautiful and fascinating place. Not surprisingly, it is one of the most visited places in Helsinki and Finland itself. In addition, UNESCO in 1991 declared Suomenlinna a World Heritage Site.

History of the Suomenlinna Island Fortress

Let’s start with the historical aspects that help to understand the context.

First, the original name was Sveaborg. The Swedes and not the Finns chose it. The Suomenlinna fortress was founded in 1748 when Finland was part of the Kingdom of Sweden. Sveaborg was established as a defense and barrage against Russian naval attacks. In 1808 the Russians conquered Helsinki and the 7,000 Swedish soldiers remaining on the island had to surrender and leave the fortress to the enemies. For 110 years it remained Russian territory and was expanded by building new fortifications. 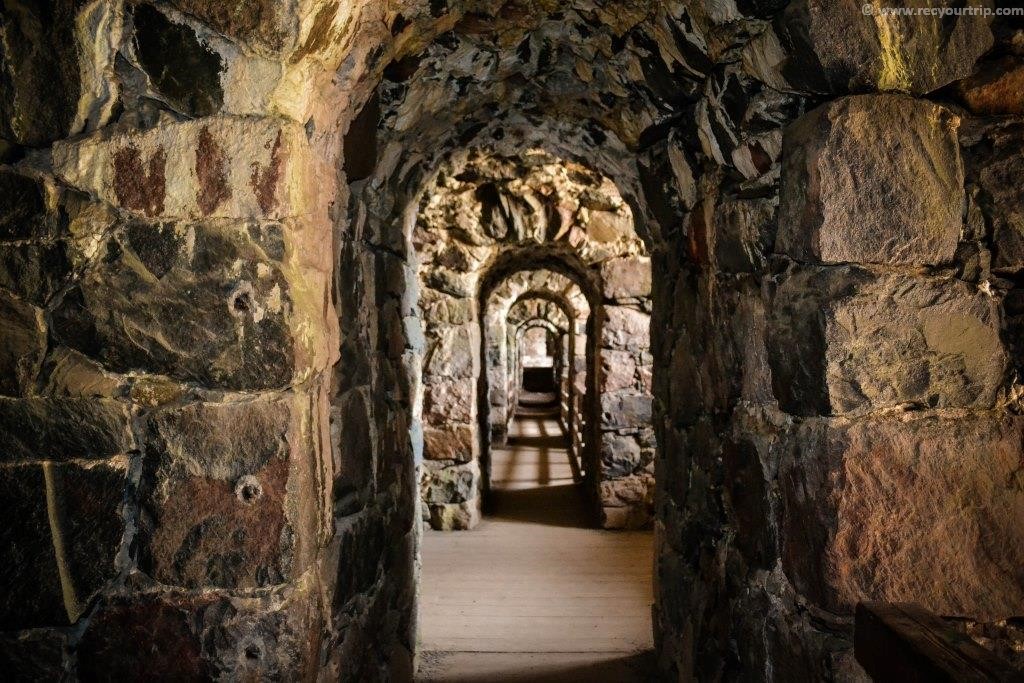 Sveaborg was heavily bombarded during the Crimean War but for the first time succeeded in being useful for what it was designed to be, the defense of Helsinki. It was not until 1918 that the fortress was annexed to Finland and given its current name of Suomenlinna. In 1973 the responsibility and administration of the fortress was given to the Minister of Education and Culture. In 1911 as I mentioned a few lines above, Suomenlinna is declared a World Heritage Site.

What to do and see on the island of Suomenlinna?

Once you disembark you will immediately find the first directions, you will notice that one will always be marked in blue.

The main route that touches all the interesting points of the fortress. It is called the “Blue Route“, it starts from the pier and passes as the first point at one of the most photographed places on the island that you can see in the cover image of this post. It is basically the icon that distinguishes the island.

The path continues past the church, which represents the lighthouse, and ends at King’s Gate. To see Suomenlinna in the season I visited it is to see it with an added touch of emotion precisely because it adds a hint of sadness and allows one to better imagine what must have been a theater of war. Toward the end of the trail you will notice the expanse of rusting cannons (one huge one) defending the island. 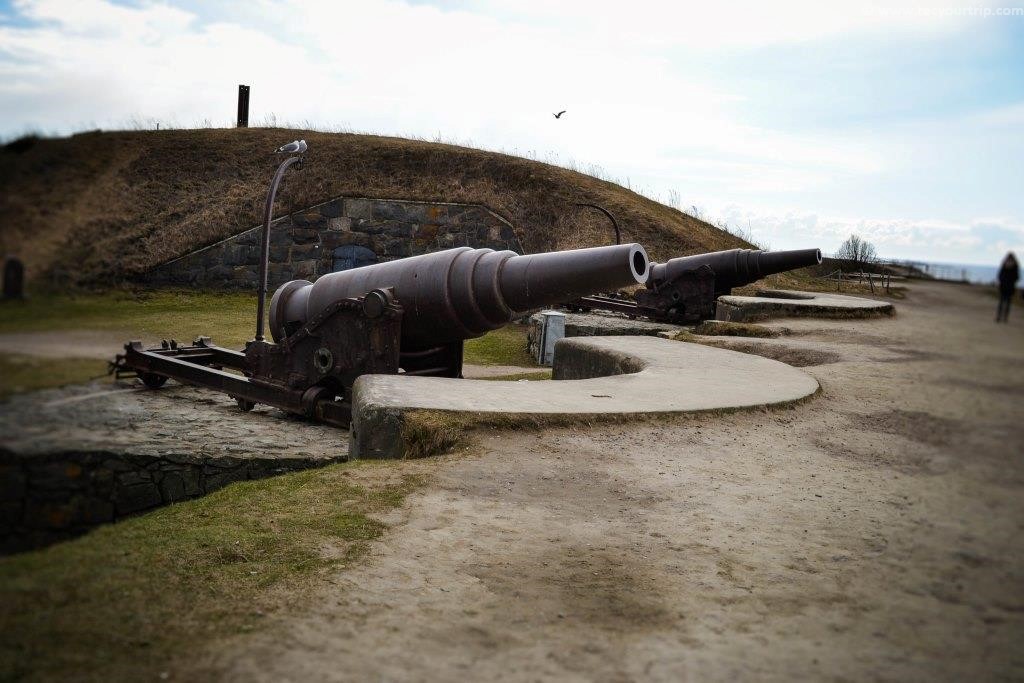 Suomenlinna in summer or winter?

Suomelinna is very active in summer. During the good season the last ferry even leaves at 2 a.m., and there are many cafes that allow you to spend a nice day in touch with history. Beware, however, they are definitely expensive. To give you an example: 2 coffees and a package of crackers: 11 euros.

So leave organized and if you plan to have lunch or dinner on the island, be aware that the bill will be quite steep. I consider Suomenlinna a must-see. It is definitely a one of the things to do in Helsinki or more generally in your trip to Finland.

In the summer it is definitely wonderful because of the fact that it is by the sea and surrounded by greenery. 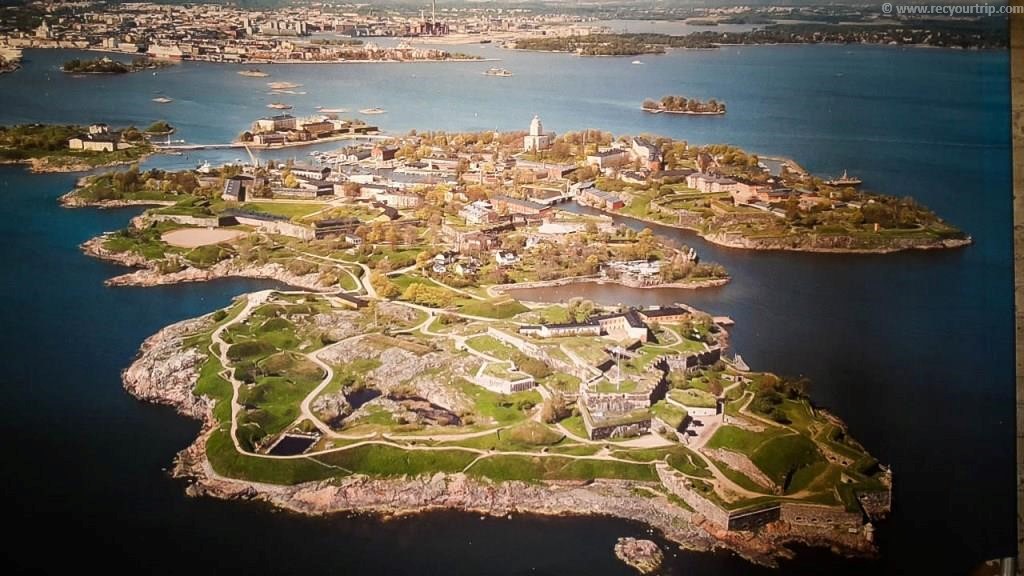 In winter it is nothing short of fascinating because the frozen water and the snow present everywhere make it magical. 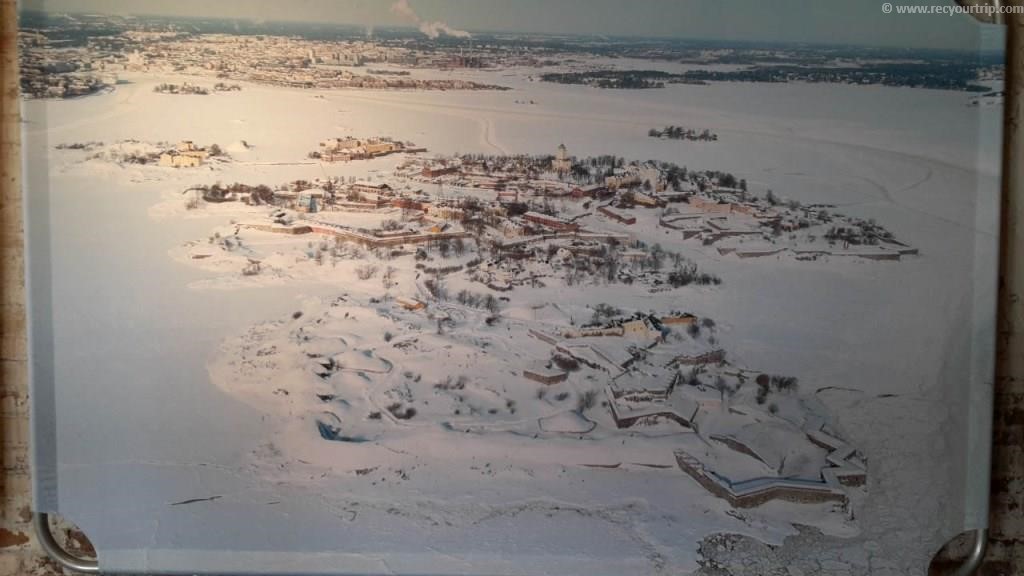 And in the other seasons it is beautiful anyway because it has that slightly sadder look that allows you to step perfectly into its story.

The Top Things to Do in Helsinki in 2 Days

Suomenlinna: Fortress on the Island Near Helsinki