The Dades Gorges and Todra Gorges are one of the most interesting places to see in Morocco. Everyone, or nearly everyone, have already seen the photo on the “cover” of this article at least once.

That is the natural beauty of the Dades Gorges. A person who does not know Morocco would never expect that in a country where there are excursions in the desert, a few hundred kilometers away there is a mountain range that at its highest point is 4000 meters tall in the High Atlas area.

Due to the latitude and the heat even at high altitude, there is no luxuriant vegetation (in the Middle Atlas, in the Ifrane area, there is) and the peaks are particularly dry and bare.

There is a strong contrast between the green of the palm groves, the red earth of the mountains and the blue of the sky. Just three colors, yet three colors that make the landscape a wonder. 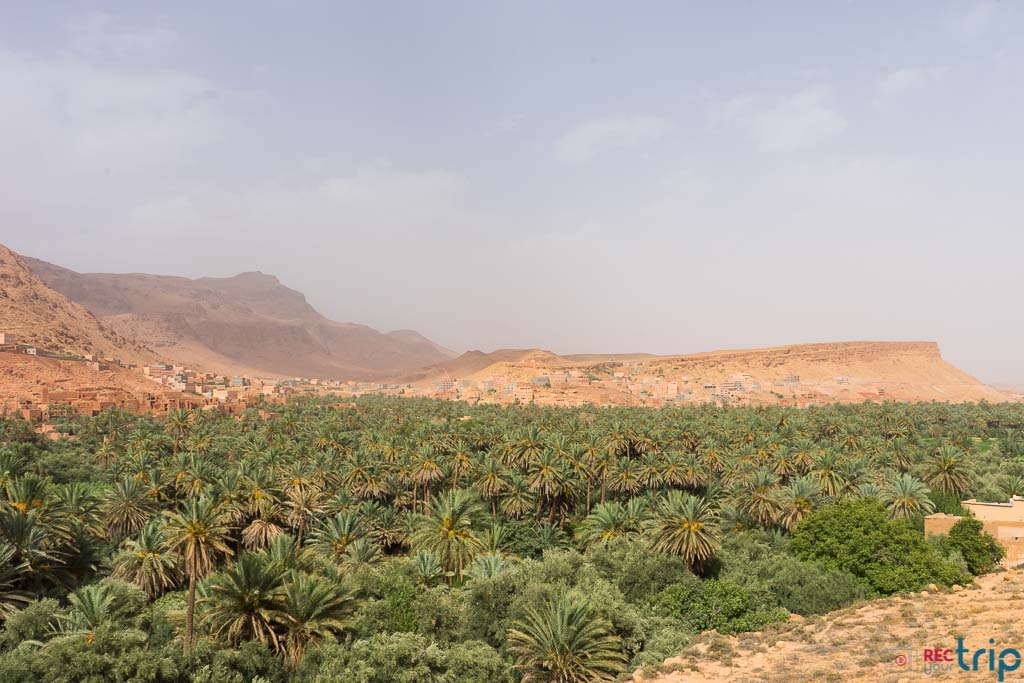 In the Atlas Mountains setting, many travellers who follow this itinerary of two weeks in Morocco stop to enjoy the peace of the mountains. And what better place than the Dades Gorges.

Dades Gorges: how to get to the panoramic viewpoint

Over the web the information is limited and not correct. Using google images and typing Tizi n Tichka step, the photo of the Dades Gorges appears. Erroneously this leads to think that climbing over the mountain pass there is a point where you can see the road from the top, as well as in the photo that I have attached a few lines above.

It happened to me too, and I was left disappointed since I didn’t find that viewpoint. Then I realized that the photos were not correct.

Dades Gorges are located in the homonymous valley. The river Dades made them. It’s not so difficult to reach them, just get to Boulmane Dades and turn towards the road leading to Tamellat.

The landscapes at first apper lunar-like, then suddenly the palm groves open up in the gorges which are particularly wide at this point.

Chilometres into the Dades valley untill the amazing viewpoint

Continuing on it’s difficult to undestand where that mythical vantage point shown in the picture is. Yet one carries on, sooner or later it will show itself!

I won’t leave you hanging, you can reach the viewpoint of the Dades Gorges after about 25 km after turning for Tamellat, but these will be the most satisfying 25 km ever travelled. The road remains semi-flat until you cross the river on a bridge and you find the mountain on your right. From this moment on the gorges get very narrow and the road begins to ascend with several hairpin bends. Those you can see in the picture.

After going back and forth, you will reach the point where the road “climbs”. You will notice a hotel on the crest of the mountain and just above the hotel you will see a bar with a panoramic view which you will have to get to if you want to take that famous photo. I would say it doesn’t really matter, considering the place where you will find yourself. I’d say it will be worth investing a couple of dirhams for a drink for such a view.

This place is amazing. While immersed in the silence of the blowing wind you can enjoy a spectacular view, that photo seen on the internet and in magazines becomes reality. It’s right there in front of your eyes!

The view is also spectacular behind the restaurant, where the road continues. A small stall and table in the middle of nowhere. 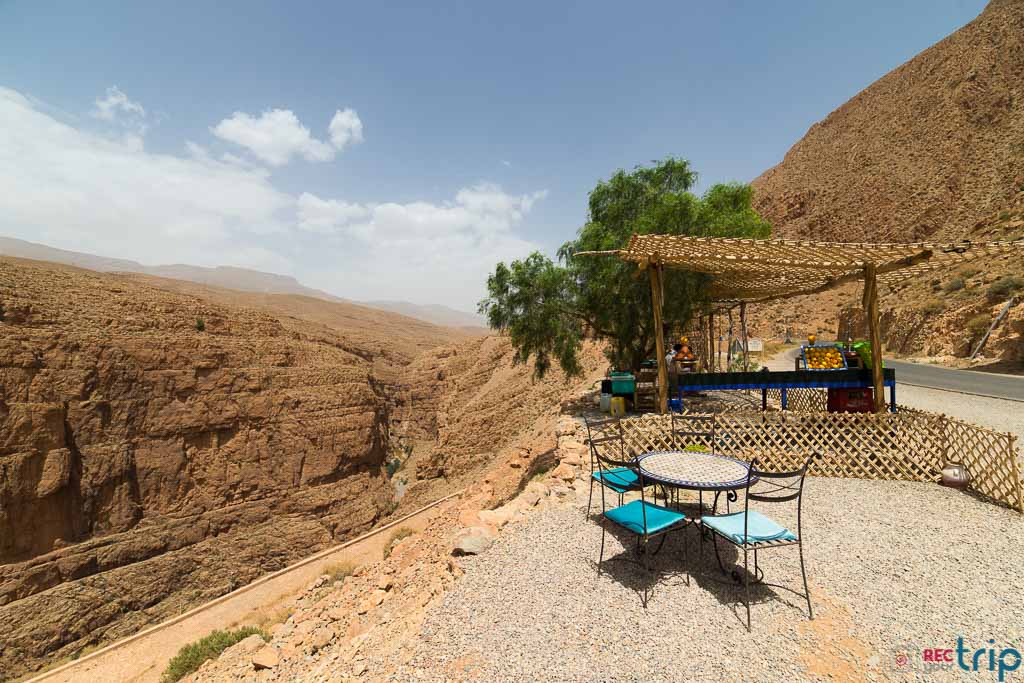 The “back” of the panorama of the Dades Gorges

How to come back to the begin of Dades Gorges?

In order to go back you will have two options:

The excursion to the Dades Gorges is something that cannot be missed during a trip to Morocco.

The beautiful Oasis of Skoura and its Kasbah

Fez in Morocco: among the alleys of a labyrinthine medina

Chefchaouen, the blue city of Morocco: best things to do