How many people would not like to have a Nuuksio National Park just a few miles from their home? I would sign my name on it! And that is what happens for the residents of the Finnish capital. That the surroundings of Helsinki were completely surrounded by nature I had already told you about in the article “Best things to do in Helsinki” but that there was an entire national park less than an hour from the city center I had no idea!

On a beautiful sunny day I planned this excursion. It was not easy because in my opinion the Finns do not overdo it with information, or so it seemed to me. The fact is that besides the name: Nuuksio National Park, I had no idea how to get there. I will explain how to get to this amazing place. 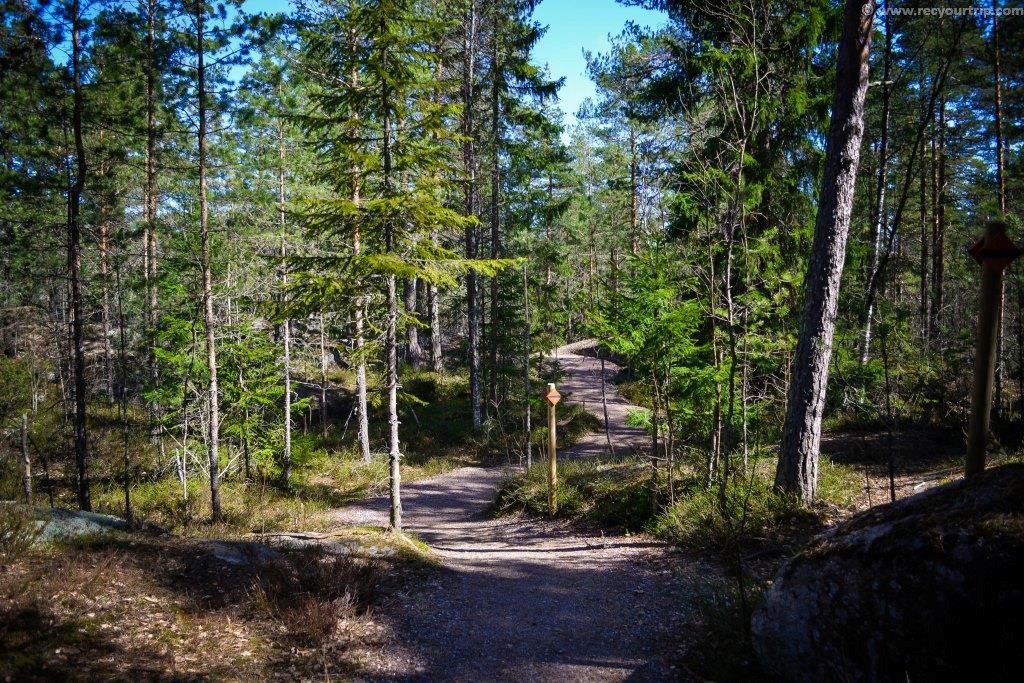 The park is located about 30 km from the city of Helsinki and can be reached easily by public transportation. It is actually not part of the capital’s territory but of the town of Espoo, which together with Vaanta forms the Helsinki Metropolitan District (about 1.2 million people total). It is a nature park with more than 30 kilometers of trails laid out between the areas of Huakkalampi, Kattila and Lake Siikajarvi. Just as many kilometers are also provided for mountain bike trails.

How to get to Nuuksio National Park?

You can reach it on your own, or with a guided tour that saves you all the organizing. If you want to discover the park CLICK HERE for a hike from Helsinki.

If you want to visit it on your own, the first step is to reach Espoo by train. As I told you, the trains take names with letters and routes departing from Helsinki. Those that go through Espoo are the letters S – U – L – E.

If you have taken the regional ticket with duration of one or more days, you can use that, otherwise the single ride costs 5.50 euros HERE find all the directions pertaining to transportation in Helsinki and you can also buy the tickets you prefer.

Let’s come to the rest. Twenty minutes and you will be at Espoo station; near the tracks you will find the bus platform. There are actually several; the one you are interested in is the last one on the right.

There is only one problem: the frequency. Unfortunately, if you have gotten used to the frequency in Helsinki, here you will have to be patient and wait. I will give you the approximate schedule table, it is a picture taken with the phone so the quality is what it is, however it serves to give you an idea. 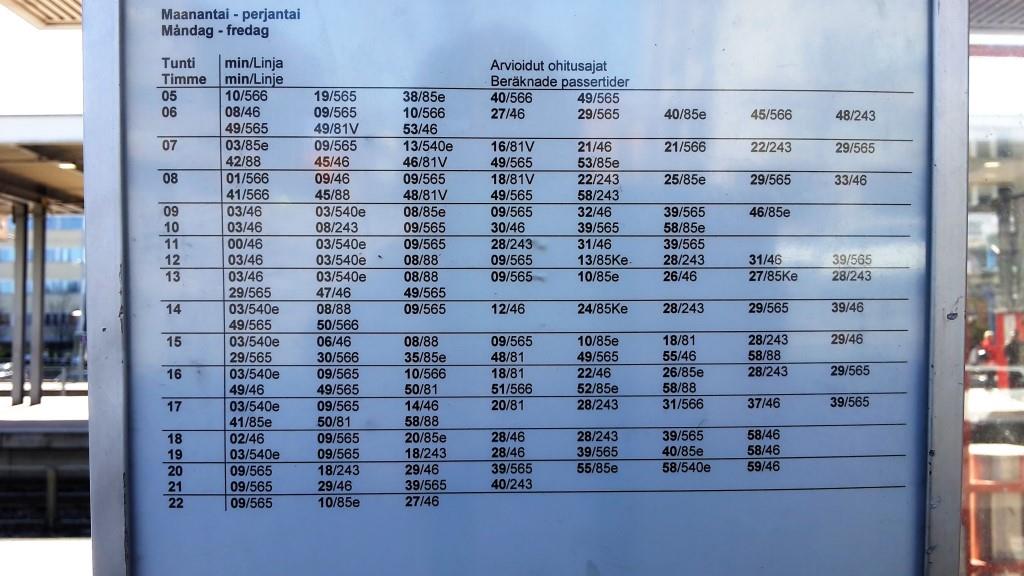 Not too bad. Next to the station is a shopping center where you can wander around while waiting. Bus 85/85K departs from Espoo Station and arrives at Nuuskio National Park, going right into the park until it arrives at an unlikely terminus in the middle of nowhere.

Do not ask the driver to direct you to the stop for Nuuksio Park because he will presumably let you off right at the end of the ride and that is not a good idea. Before the final stop there are two other major stops where you can get off along the bus route along the lake.

You can either choose to get off at the Haltia Finnish Nature Centre stop or get off at the next stop, which is called Haukkalammentie. From each of these two points there are a slew of paths leading into Finnish nature. 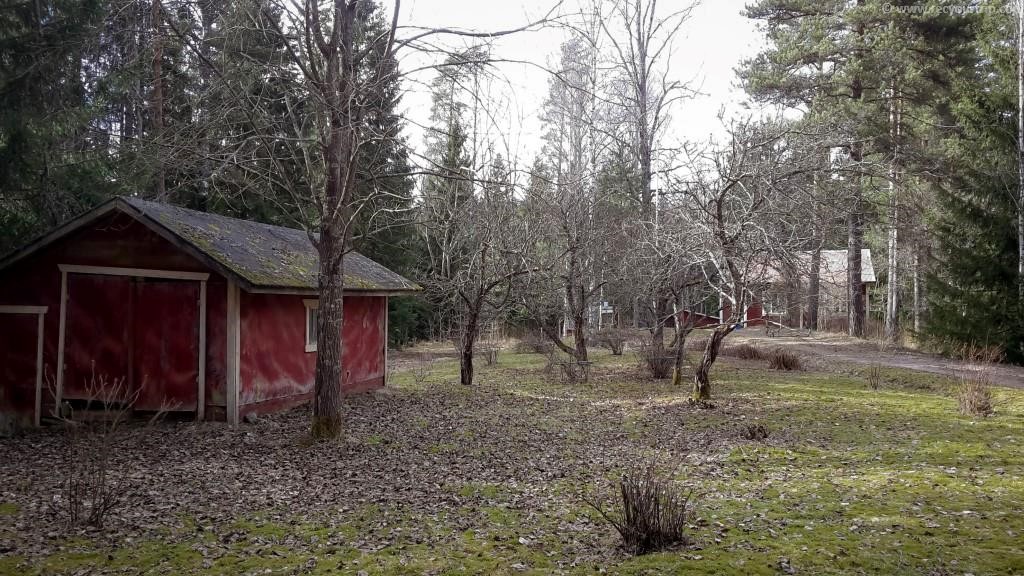 Getting around Nuuksio National Park

There are also signs near the Haltia Centre showing all the possible routes and, most importantly, the distances and difficulty of each trail.

As I understand it, the most traveled trail is the one that leads to Haukkalampi, a small lake with an equipped refreshment area (probably open in the summer season). Many other trails start from Haukkalampi, each with an indicated end point and mileage to be covered.

In my situation I stopped at Haltia and walked the trail from Haltia to Huakkalampi. It is 5 km in the middle of nature. The first piece is particularly easy, the second piece starting from the road crossing onwards is a bit more strenuous because it includes a really long wooden staircase. 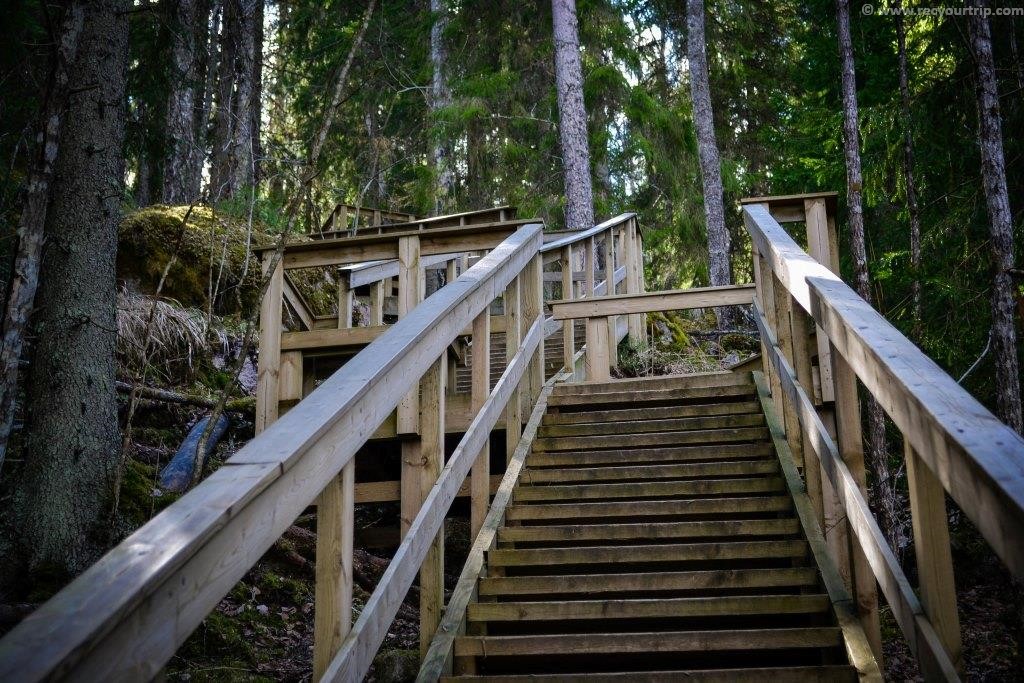 My advice is to estimate the time well because, as I mentioned, the frequency of buses to Nuuksio National Park is low. On the way back you may have to wait too long at the stop before the 85 passes.

On the other hand, this is simply great because you are walking in complete tranquility. The bus stop bench itself implicitly describes the amenity of the place. A small bench placed at the side of the road with the timetable sheet behind it inserted in a transparent container affixed to a tree. Very quaint! 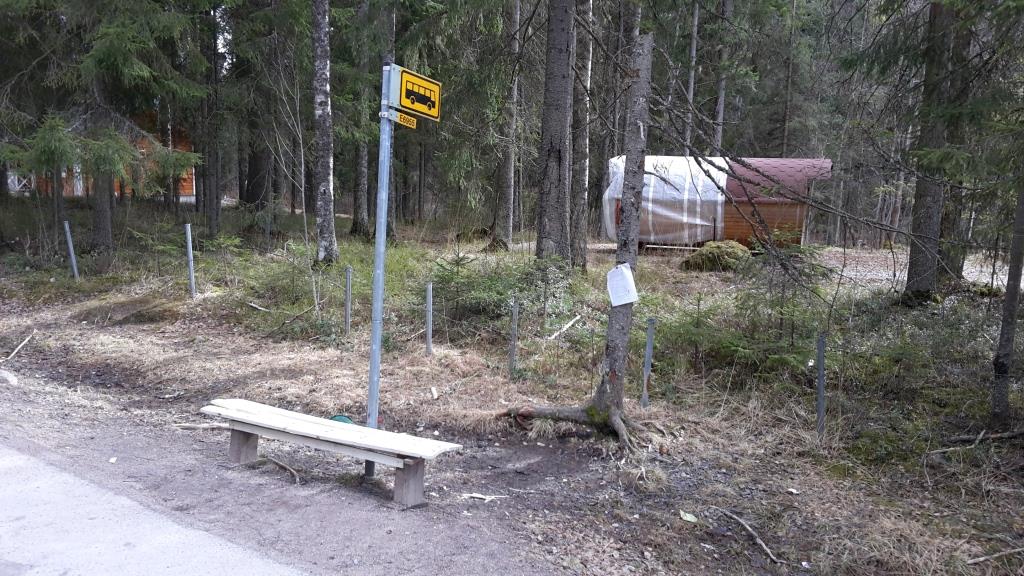 Unfortunately, I did not have a chance to visit the Haltia Centre and therefore cannot give you any information about it. Instead, I can tell you that, as far as the return is concerned, once you arrive at the Espoo station, the train letters I mentioned at the beginning of the post apply to return to Helsinki.

I think going to Finland without immersing yourself in its pristine greenery is a shame, because I think in the collective imagination it is synonymous with nature. If you are near Helsinki, it is an absolute must-see. I recommend either visiting it in the middle of summer or in the middle of winter, in both situations you will find a magical landscape.

In summer the vegetation will be rich and lush and you will have exaggerated views. In winter the same, seeing everything covered with snow is truly fascinating.

Getting there: Train from Helsinki (S-U-L-E) to Espoo, then bus 85/85k to Haltia or Haukkalammentie stop. Cost: 5.50 euros train, 3.30 euros bus, if you have the appropriate regional pass, are included. Times: About 20 minutes the train to Espoo, a 20/25 minutes the bus. Beware of the bus, which has a very low frequency. 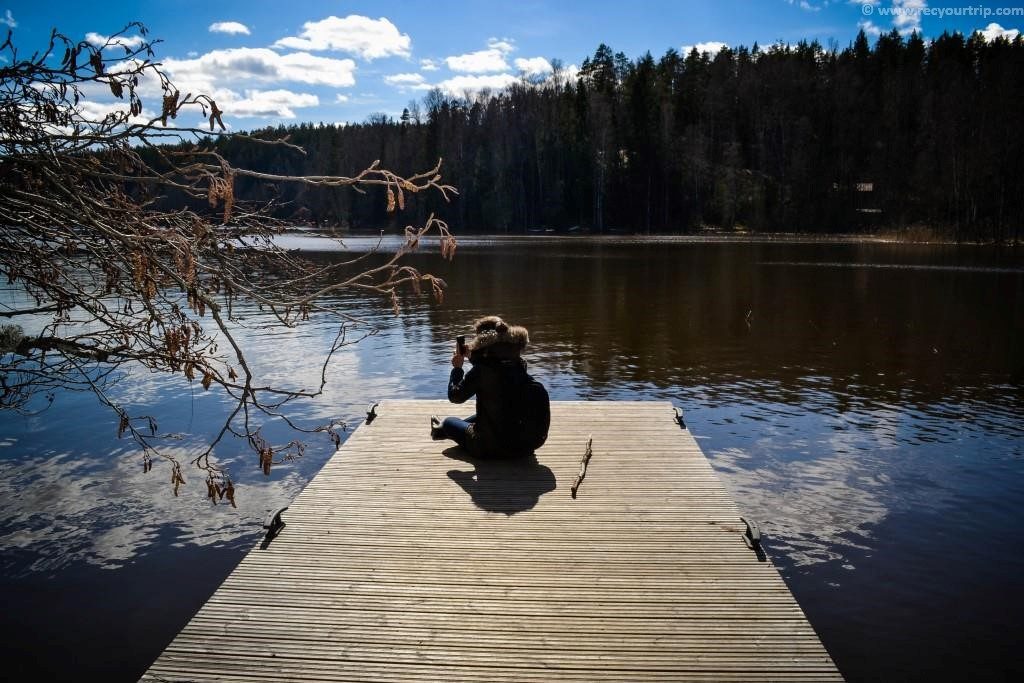 The Top Things to Do in Helsinki in 2 Days

Suomenlinna: Fortress on the Island Near Helsinki